The History of Coffee: Timeline

Oil is one of the most valuable substances on the planet. In some circles, it is even referred to as black gold. However, it isn’t the only fluid to hold this title. Prior to the discovery and evaluation of oil, coffee held this title. Down to our day, coffee remains one of the valuable items in the world. As a matter of fact, coffee is the second most valuable trade item on the world market. According to researchers, every day, more than 2 billion cups of coffee are consumed, making it the most consumed beverage in the world. As you read this post, you probably have a cup of coffee in your hand or on your table. As I write, I also have a cup handy. But how did this drink become so popular, not just in some section of the world, but in almost every corner of the planet? From distant, tropical islands to the commercial centers, this drink has been loved, hated, feared, banned, and hailed. Join us as we travel back in time to discover the rich history of coffee. We will consider its discovery, early use, and more information about the tumultuous, interesting, and captivating history of this wonderful drink.

Who was the first person in recorded history to discover coffee? Well, according to research and historians, the lucky first person was a man named Kaldi who lived in Ethiopia. It can thus be argued that Ethiopia is the birthplace of coffee. How did this lowly goat herder discover this majestic drink of kings? Well, Kaldi lived in the central highlands of Ethiopia around the 6th century CE. According to the tradition passed down, he observed that his normally placid goats gained a great deal of energy after consuming the red, cherry-like fruit of a certain plant. In fact, they became so active that they failed to retire for the night. He tried the fruit himself and experienced the same effect. In his excitement, he showed the fruit to a local monk who used it in keeping awake even during the long evening prayers. The abbot gave the drink to members of the monastery and word about this energy-giving fruit quickly spread across northeast Africa and into Arabia.

The Arabians quickly realized how important this fruit could be, and the first recorded coffee trees were cultivated on the Arabian Peninsula in 1100. Coffee quickly became a dietary staple there, and the people called it gahwah. This name is quite indicative of the newfound importance of coffee, as it formerly referred to wine, and eventually, to the Europeans, it translated to mean the “wine of Islam”. The world’s first coffee shop, “Kiva Han”, opened in Constantinople in 1475.

However, despite its widespread appeal, some trouble started to brew (pun intended) for this drink. In 1511, just over half a century after coffee houses became super-popular in the holy city of Mecca, the then governor, Khayr Beymakes made the drink illegal. Why? Because the coffee houses are stirring pots of social discussions and issues. He feared that the drinking of coffee would foment dissension and rebellion in his city, and he loved his power. To enforce the ban, he orders that all coffee shops in his realm should be banned: even as far off as Constantinople. Coffee lovers across the realm take this as an affront, and the very thing he feared comes to pass: riots and trouble in his city! Unfortunately for him, these riots do not just end in his area, but spreads all around! When things got really dangerous, the Sultan of Cairo wades in. He sends out a proclamation that the governor is wrong and even more: coffee is the holy drink. This leads to the arrest and execution of the governor. 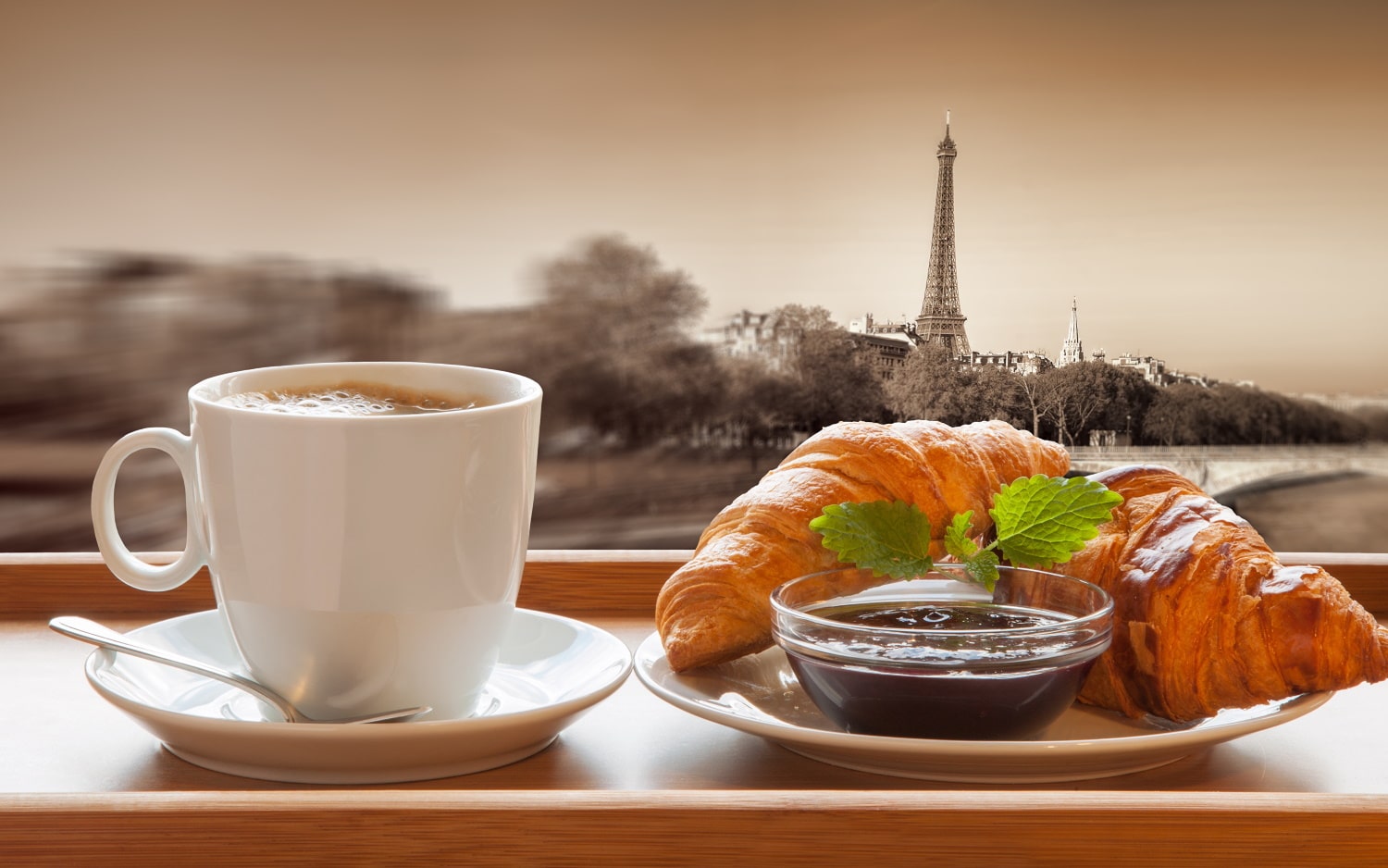 From the Arabian Peninsula, how did coffee get into Europe? Well, you have to realize that at the time, the Arabian Peninsula was the center of international trade. Hence, merchants that plied their goods in Europe took this drink with them. In 1570, coffee arrived in Venice. At first, this rare drink was available only to folks with immense wealth. Its effect in Europe was, for want of a better word, revolutionary.

Probably due to its black appearance and bitter taste, unlike the sweet drinks common to the Europeans, people viewed coffee with apprehension. To them, this drink was the Devil incarnate and would damn to hell any who drank from it. In fact, the clergy in Venice in 1615 banned the drink. Things got so heated and to a head, until Pope Clement VIII intervened, drinking the “Drink of Satan” and deciding there was nothing evil about it. Some of the coffee seeds were even baptized! With the approval of the Church, coffee became more popular than ever before!

Coffee took Europe by storm for several reasons. First of all, the popularity of this bitter drink offered enterprising folks a huge economic opportunity. These European merchants obtained writs that allowed them to colonize areas that had the essential environment for growing coffee.

Another way coffee revolutionized Europe was the emergence of coffee houses. Coffee houses, just as in the Arabian Peninsula served as places for social gathering and for discussing social issues and exchanging gossip. Coffee houses became so popular for news and information that in the 17th and 18th centuries, they were referred to as penny universities, since you could get plenty of information for the price of a cup of coffee (a penny). In 1652, the first coffee house opened in England. In 1688, Edward Lloyd’s coffee house opened and evolved to become Lloyd’s, one of the most popular and renowned insurance companies.

Growing Coffee around the Globe

The Dutch traders found success and wealth by planting coffee beans. After much efforts, the Dutch finally got coffee beans in the 17th century. As they had lots of colonies, they decided to plant where they felt the coffee would grow. Their efforts to plant in India were very unsuccessful, but they finally found success in some of their colonized islands, especially the now popular Java.

The Dutch revolutionized coffee drinking and production across Europe and were the first to call the drink koffie.

In 1600, Arabia and many Muslim provinces and states in Africa had a stranglehold on the cultivation and trading of coffee around the globe. To ensure that the status quo remained, exporting fertile coffee beans that could be planted elsewhere was outlawed. Any coffee beans exported was boiled to make it sterile. However, an Asian Indian named Baba Budan found a way around this. He smuggled coffee seeds out of the city of Mecca using a simple method: strapping the seed to his belly! When he returned home, he secretly cultivated the beans and introduced coffee to India.

Coffee in the Americas

The Brazilian coffee industry is one of the biggest on the planet today and started via an illicit affair. In 1727, a Brazilian coast guard officer visiting Cayenne, French Guyana, fell for the wife of the governor. As a token to him of their forbidden love, she gave him a bouquet. At the base of the bouquet were stolen coffee seedlings. These were then taken to Brazil to be cultivated. Thus, the Brazilian coffee industry was born that has ruled to world’s coffee trading for centuries.

Interestingly, the secret seedlings are responsible for over 15 million coffee trees in the next half-century. From the Caribbeans to the Americas, these smuggled seedlings laid the groundwork for the thriving coffee industry.

You can see the wonderful, troubled history of this beautiful drink. Next time you order or brew a cup of coffee, reflect on how far it has come from the discovery of a lowly goat herder into a multi-billion dollar industry.

The team that worked on this review
Alex
(Research Writer)
Dominic
(Expert Consultant)
Robert
(Editor)
Madeleine
(Content Manager)
Maya
(Photographer)
Juan
(Web Producer)
Related Articles
12 Interesting Facts about Espresso
How to Grow a Coffee Plant?
How to Remove Coffee Stains from Teeth
Flat White vs Latte: What’s the Difference?
How to Use a Coffee Maker
How to Drink Black Coffee and Really Enjoy It
Leave a Reply Cancel reply
Related Articles

How to Roast Coffee Beans?

How to Measure Coffee With or Without Scales

What Is Breakfast Blend Coffee?

What Is Blonde Coffee?

How to Remove Coffee Stains from Teeth