About Us
Home » Coffee Blog

What is a Frappe?

Alex Miller
Alex has never been professionally involved into the world of coffee, however he knows much more than any average barista. Being an avid coffee lover, Alex is constantly searching for new tips, tools, and techniques to make his morning cup of java even more perfect.

Dominic Coleman
Dominic has been dealing with coffee almost all his life long: in his teenage years he worked as a barista in a number of well-known coffeehouses, later developing his knowledge and skills while studying at the university as well. Several years after the graduation, he managed to open his own small coffee bar, which turned into a chain spread all over the state.

Ever since coffee was first discovered, humans have been finding unique ways to consume the beans. While they were originally chewed raw, it did not take long for early peoples to mix them with water. Now, modern humans can have almost any type of coffee beverage they want, including iced drinks suitable for the summertime.

One of the most popular iced coffee drinks, particularly in Europe and the United States, is the frappe. This drink is made from blended coffee, ice, and milk, and more closely resembles a slush than a traditional cup of coffee.

But what is a frappe?

What is a frappe made of?

And what is a frappe a chino?

Read this short guide to find out? 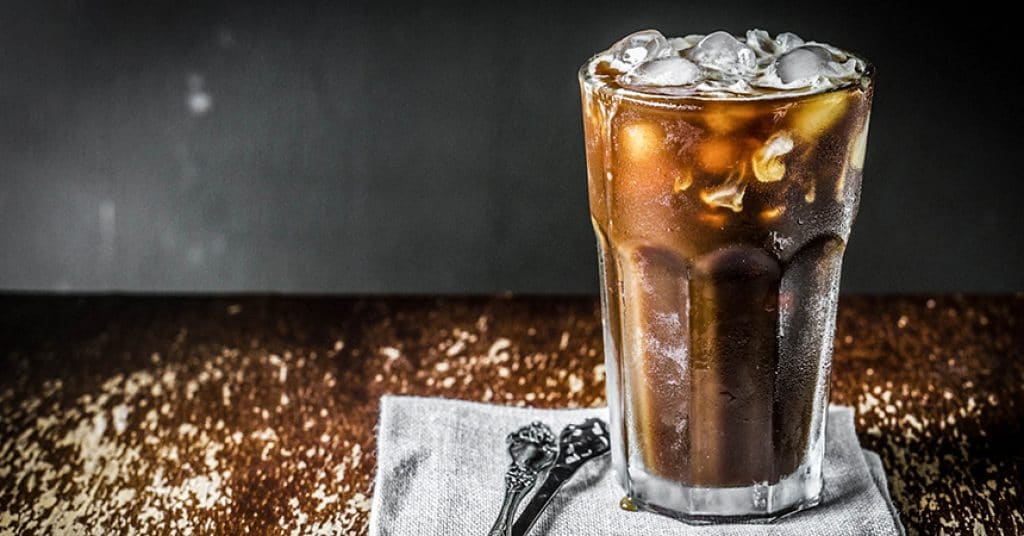 A frappe is a Greek iced coffee invented in 1957 by a Nescafe representative. The representative, Dimitris Vakondios, made it through experimentation and began to sell it in Thessaloniki, where it rapidly became popular. It is one of the only coffees which can be found in almost every Greek café.

However, the frappes appearance in Greek culture was not the first time it appeared in history. Before Vakondios created the modern frappe that uses instant coffee, there are references in historical documents to similar beverages. These often included putting ice in the coffee and grinding it together to form a slush that could be drunk to remain cool during hot seasons.

The frappe is a milk-based drink that often works well with lighter, blonder roasts. It is therefore recommended that you use lightly roasted coffee beans and avoid mixes that have been roasted for long periods of time. To get the best results, you should also use coarsely ground beans.

A coarse grind creates larger pieces of the beans. This reduces how much liquid is exposed to the interior of the beans, and slows how much is absorbed. The result is a lighter, more caramel flavored coffee. Such a flavor mixes well with milk and cream. Since milk is an essential ingredient in any frappe, you want a flavor that will be compatible. If you do prefer darker coffees, you can use espresso. Espresso requires super dark beans that have been finely ground. The resulting frappe will have a medium taste.

A frappe has the lowest quantity of caffeine than the majority of coffees. This is because less coffee is used, and more milk is added to the mixture. On average, you can expect roughly 60 milligrams of caffeine in every 8 ounces of frappe you consume.

The exact amount of caffeine, though, can be affected by the type of beans you use and how roughly you grind them. If you prefer a light roast and coarsely grind your coffee, then you will have less caffeine. On average, this mixture will have around 50 milligrams per every 8 ounces.

If you would like to use a dark roast and will finely ground your coffee before mixing it, then your caffeine content will increase significantly. You can expect to have up to 75 milligrams per every 8 ounces.

However, the main nutritional content you want to watch out for is how much fat and sugar is added to your frappe. The milk can add over 150 calories per serving and between 8 and 10 grams of fat, so some people like to make their frappes using soy or almond milk. It has a small effect on the taste but can have a big effect on your waistline. A frappe is not the kind of drink you want if you are concerned about your weight or sugar intake.

Regular coffee is made by combining coffee beans with hot water and then filtering out the grinds. The resulting liquid has the caffeine and flavor of the beans but does not have any unwanted grit that remains trapped in the teeth. This coffee is served hot and can be mixed with a variety of ingredients like cream, sugar, and milk. However, coffee does not need these additives to be called coffee.

A frappe, meanwhile, is a specialized coffee beverage made by mixing coffee, ice, and milk. The ice needs to be blended, turning the coffee into more of a slush that can be drunk to become caffeinated and remain cool in hot weather. Extra sugar is not typically added to a frappe, although it can be included to sweeten the drink further.

How to make a Frappe

There is no single recipe to create a frappe, and the beverage you are served will vary significantly by country and even by a restaurant. However, it is important that you remember a frappe is not a Frappuccino, which is a protected trademark of Starbucks.

To create the simplest type of frappe, you first need to brew coffee. This can be done using a French press or a pour over machine. However, you can also just use instant coffee. Make sure you don’t have too much grit, as this can affect the texture and taste of your beverage.

Mix your brewed or instant coffee with a healthy portion of milk. The standard ratio is 200 ml of coffee and 50 ml of milk. If you use instant, add the coffee to 200 ml of milk.

Pour your coffee into a blender and add ice cubes. Sometimes there is a frappe setting you can choose. If your machine does not have one, simply blend until the mixture resembles a slush. You then have a frappe you can drink.

Best occasion for a Frappe (When, How, and Why)

A frappe is best consumed during the summer when it is warm outside, and you would like to cool down with a caffeinated beverage. Frappes are also commonly served during celebratory brunches and breakfasts, and even during parties.

However, the best occasion for a frappe is whenever you feel like having one. Because this is an iced coffee, it is not recommended you drink one during the winter unless you are in a warm environment or building.

When in Greece, all occasions are the best occasions for a frappe.

Frappes are a great way to enjoy your coffee and beat the summer heat. They are cool, sweet, and have a unique texture, which many people enjoy. You can make one at home if you have the ingredients and a blender, and this is one of the only coffee recipes that actually call for instant coffee to make it authentically. Now that you know what a frappe is, you can have one every day from the comfort of your kitchen.

pinterest
The team that worked on this article
Alex
(Research Writer)
Dominic
(Expert Consultant)
Mary
(Editor)
Madeleine
(Content Manager)
Maya
(Photographer)
Juan
(Web Producer)
Related Articles
How Many Watts Does a Coffee Maker Use?
How To Clean A Stainless Steel Coffee Pot?
Instant Coffee vs Ground Coffee – Pros And Cons Of Both Types
How To Clean Ninja Coffee Bar – Your Coffee Bar As Good As New
Americano vs Latte: What’s the Difference?
The History of Coffee: Timeline
Leave a Reply Cancel reply
Related Articles

How Many Watts Does a Coffee Maker Use?

How To Clean A Stainless Steel Coffee Pot?

Instant Coffee vs Ground Coffee – Pros And Cons Of Both Types